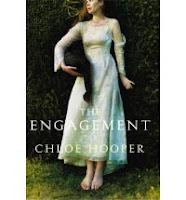 The Engagement/Chloe Hooper/24 jan
Two people. How many lies? Liese Campbell has an engagement for the weekend: Alexander Colquhoun, a handsome, well-mannered farmer, is paying for her to stay at his property in remote Australia. Liese, an English architect in flight from the financial crisis, has been working at her uncle's estate agency in Melbourne, where Alexander is looking for a place to buy. The luxury apartments Liese shows him become sets for a relationship that satisfies their fantasies - and helps pay her debts. It's a game. Both players understand the rules. Or so she thinks. Across the ancient landscape they drive at dusk to his grand decaying mansion. Here Liese senses a change in Alexander, and realises a new game has begun. Chloe Hooper's riveting and provocative new novel is a psychological thriller for the modern age, an exploration of the snares of money and love and the dark side of erotic imagination. A trap has been set, but how and why? And for whom? 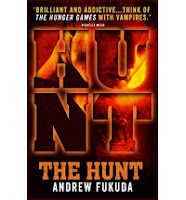 The hunt/Andrew Fukuda/3 jan
Against all odds, 17-year-old Gene has survived in a world where humans have been eaten to near extinction by the general population. The only remaining humans, or hepers as they are known, are housed in domes on the savannah and studied at the nearby Heper Institute. Every decade there is a government sponsored hunt. When Gene is selected to be one of the combatants he must learn the art of the hunt but also elude his fellow competitors whose suspicions about his true nature are growing. 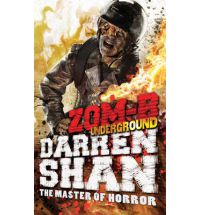 ZOM-B Underground/Darren Shan/3 jan
Can you hold on to your humanity when you're a monster? How do you face the present if you're haunted by the past? Where can you turn when you're trapped in a living nightmare? For B Smith, death is not the end! 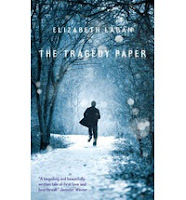 The Tragedy Paper/Elizabeth LaBan/10 jan
Tim Macbeth is a 17-year-old albino and a recent transfer to the prestigious Irving School, where all he really wants to do is escape his senior year unnoticed. Despite his efforts to blend into the background, he finds himself falling for the quintessential 'it' girl, Vanessa Sheller - who is going out with the most popular guy in the school. To Tim's surprise, Vanessa is into him, too, but she can kiss her social status goodbye if anyone finds out about their clandestine romance. How far would you go to keep a secret? 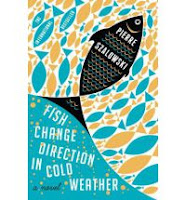 Fish change direction in cold weather/ Pierre Szalowski/3 jan
Once upon a time in a frozen city...strangers fall in love, wishes come true, and lives will never be the same again When his parents split up, and his dad leaves home, a ten-year-old boy begs the sky to help him. The next day an ice storm covers his city. When the power goes out and the temperature drops, people must turn to each other to survive. But for one neighbourhood the catastrophe brings surprising new beginnings. Julie, the dancer who lives across the street, helps Boris, an eccentric Russian mathematician, save his fish from the cold weather. And the urbane Michel and Simon open their door to Alexis, their embittered neighbour, and his son. But will the ice storm bring the boy's parents back together? Hilarious and heartwarming, "Fish Change Direction in Cold Weather" reminds us that happy endings might still be possible. 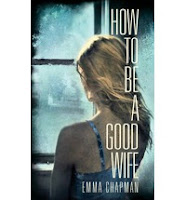 How to be a good wife/Emma J. Chapman/3 jan
Marta and Hector have been married for a long time -- so long that she finds it difficult to remember her life before him. He has always taken care of her, and she has always done everything she can to be a good wife. But when Hector comes home with a secret, their ordered domestic life begins to unravel. In the shadows there is a blonde girl that only Marta can see. And she is trying to tell her something ... 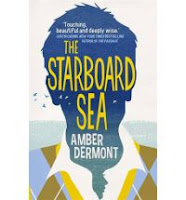 The Starboard Sea/Amber Dermont/17 jan
Jason Prosper grew up in the elite world of Manhattan penthouses, Maine summer estates, old boy prep schools and exclusive sailing clubs. A smart, athletic teenager, Jason maintains a healthy, humorous disdain for the trappings of affluence, preferring to spend afternoons sailing with Cal, his best friend and boarding school roommate. When Cal commits suicide during this junior year at Kensington Prep, Jason is devastated by the loss and transfers to Bellingham Academy. There, he meets Aidan, a fellow student with her own troubled past. They embark on a tender, awkward, deeply emotional relationship. When a major hurricane hits the New England coast, the destruction it causes brings with it another upheaval in Jason's life, forcing him to make sense of a terrible secret that has been buried by the boys he considers his friends. 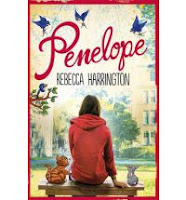 Penelope/Rebecca Harrington/24 jan
Meet Penelope O'Shaughnessy, Harvard freshman. To make friends at Harvard, she just has to be herself. But not too much. Armed only with her Dirty Dancing: Havana Nights poster and party conversation modelled on the repartee of Noel Coward, Penelope is bewildered by the apparent lack of kindred spirits on campus. And her roommates are baffling: Emma is busy signing up for insanely difficult courses and obsessing about something called a 'finals club'; and the rarely glimpsed Lan has painted her room black and shut the door. Gustav, a dashing, rumpled-linen-suit-wearing upperclassman of uncertain European origins who has caught Penelope's eye, never seems to be in the freshman dining hall, so it seems unlikely she will ever find out if he matches up to her hero, Hercule Poirot. Penelope follows our heroine's progress through her first year among America's elite, as she navigates the mysteries of life, love, inappropriate tutors, marionette operation and how to kiss on both cheeks and avoid disaster.
kl. januari 03, 2013 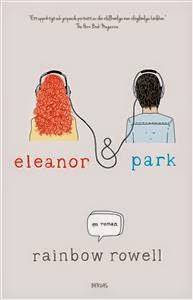